When Mission Manager Immanuel asked long-serving employees M. Devarajan (Deveraj) and E. Raja to visit the ACCI’s Bihar outreach in Khagaria, Bihar they readily agreed, and early in the morning of the 12th September they set out on what is a long journey, by rail, from Chennai. Thirty-six hours later, in the early afternoon of 14 September they arrived in Khagaria and were met by members of Pastor Paul Sunder Raj’s team, having travelled almost the length of eastern India!!

They were welcomed by the team at St Xavier’s School and met the staff, many of whom are from Chennai and have gone to Khagaria as missionaries, which of course has meant that they needed to learn the Hindi language, which is the language used for educational and official matters in the Bihar State. Since 1981, the Urdu language has also been recognized as an official language of the state.

They then attended the day’s assembly meeting and then visited some of the classes. 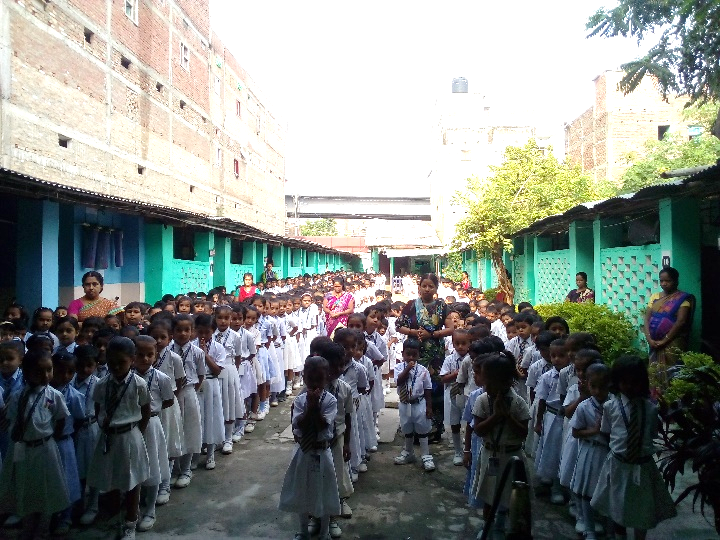 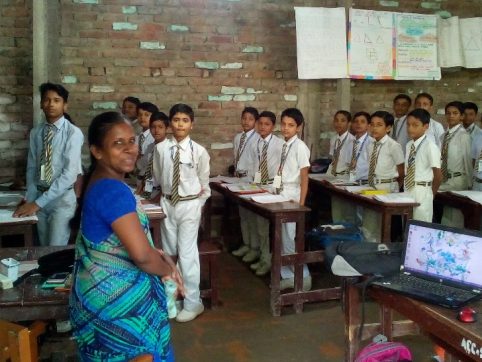 In the evening they attended and participated in a Tamil Fellowship meeting, with about 25 Tamil speakers present.

The next day – Sunday 15 September – they attended the morning worship service at Khagaria. About 200 believers gathered for that service. Deveraj, who has recently completed a Diploma in Discipleship in his home church (Maranatha Full Gospel Church), preached the sermon and Raja gave his testimony and sang a song of testimony also.

In the evening they attended and participated in a children’s gospel meeting at Udhangarai – about 100 people attended. That gathering was followed by another Prayer Cell meeting at Christu Nagar, where about 50 people gathered for prayer. They then returned to Khagaria and enjoyed a prayer meeting with the Gospel Team there.

In the morning of the 16th September, they visited the land that the school has purchased for their new school complex – at Matharpur, which is quite close to where the existing property is situated.

The present school property is rented from the original owner of St Xavier’s High School and is far too small to properly house the more than 1,200 students who now attend. The school has drawn up plans for a new school, which have been approved by the government education authorities – they have approval in principle but a condition was added that the new buildings have to be completed in the next 12 months if the school is to continue. They need 17 new classrooms each costing 250,000 rupees. This amount is about NZ$5,500, (about US$3,500) and they will start building them one by one as soon as they have funds available to build a room.

ACMissioNZ has been able to send them enough funds for the first room, and this amount will be used to lay down the foundations for all 17 classrooms, which will be built in a U shape around a central courtyard.

Please pray that the Lord will provide for this new school complex, which is the team’s main “bridge” into the local community and is greatly appreciated by the children who attend and their families, and that the Bihar team will be able to meet the completion in twelve months condition laid down by the education authorities.

As is essential for security in India, a sturdy compound wall and gates are already in place around the property.

Following their visit to the new school property, Deveraj and Raj boarded the train for their thirty-six hour trip back to Chennai and arrived back there in the early morning of 18th September – ready for a rest!!