For about four years, Pastor Lawrence has been carrying out an itinerant ministry to tribal communities and in slum areas in several places in Kanchipuram, a rural district close to Chennai City. Many of these communities are oppressed and marginalised within Indian society. He has also ministered further afield in Tamil Nadu and in Andhra Pradesh State. He recently forwarded the following report to Immanuel about his activities over the last months.

He began his report with pictures and details of the Vacation Bible Schools he has recently carried out in some of his contact areas.

VBS final day celebration at Periyar Samathuvapuram near Kishkinta, a theme park set in 120 acres of specially landscaped hills and lakes which is thirty minutes south of Chennai City, 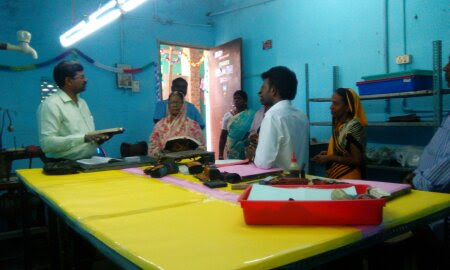 Under the guidance of my friend, one of our believers started a small money-purse workshop with a small investment. Now the family is earning well and living happy in life.

Mr. Stanley and his family have been doing the Lord’s ministry for the past five years under my guidance and they have established two churches at Nagachandra and Ramamurthy Nagar in Bangalore. [Karnataka State] The local pastors say his soul winning ministry performance is good and the best in Christian society, so they decided to give ordination as a pastor to him. They invited me as chief guest for his ordination service at Bangalore.

On 12th February 2018 we gathered Men’s fellowship at Zion Hill, Chitoor District, Andhra Pradesh. Here we earnestly prayed for several requests regarding the communal intention and religious clashes which are strongly disturbing the ministry and church growth in our Nation.

Every October 2nd we celebrate a Youth and Women’s retreat. In this retreat we have Bible quizzes, kids’ singing competition, etc. Finally we give some prize to the participants. “ 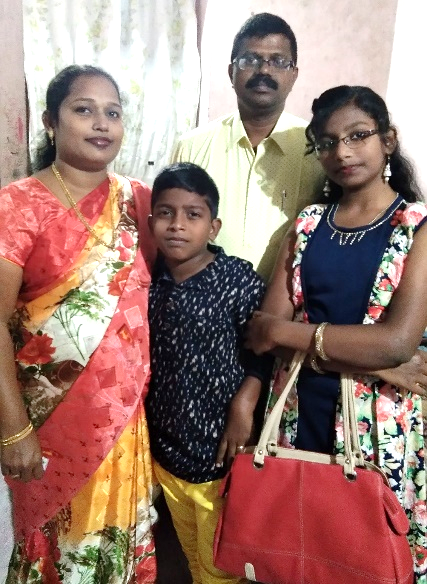 Please pray regularly for Pastor Lawrence (who speaks 3 languages) and his wife Ruth who assists him with much of his ministry (who speaks 5 languages), and their children Blessy Rebekah and Banias Lenin. Pray also for those to whom he ministers and for the work of the Holy Spirit in their hearts.