In March we published details of the ministry of one of YJM’s ministry partners in the Andhra Pradesh State – the Advent Christian church at Adda Road. Adda Road is one of the Advent Christian Conference of India’s churches, and it has been a ministry partner of Yesuway Jeevan Mission for over five years. It was founded in a rural area by Rev. Paul Gantham and when YJM began supporting it, there were 15 families – about 50 members – meeting in a small “shed” Now, five years later, their large, new building was full and overflowing with more than 200 members as we attended their morning fellowship service in January. Rev Paul (left in picture) has been joined in the ministry by his son Victor Abraham (right in picture) and they are both supported by their wives. 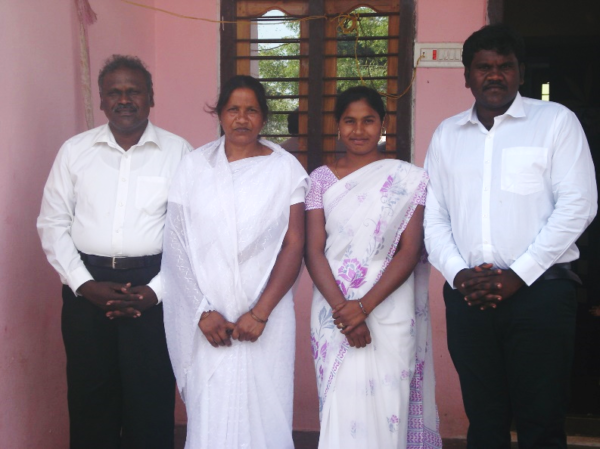 Pastor Victor Abraham has been conducting an outreach ministry in a mountain area about three kilometres from Adda Road. The place is called Bala Ventakapuram but Victor Abraham has renamed it Calvary Healing Mountain. There are three remote villages in the area – very poor villages – and about 300 people from these three villages and from other villages from surrounding villages, some of them up to 20 kilometres distant, are attending a weekly fasting and prayer meeting on Fridays.

Pastor Victor Abraham has renamed the mountain as he reports that they are seeing the power of God working in miraculous ways among those who meet and worship and pray. He reports that one lady with mouth cancer was healed; another lady with womb cancer was healed and a 12 years old boy with bone cancer was healed. He tells of a time when they erected a tent and even a strong, swirling wind did not bring it down when they were worshipping. But after they all went away a light wind brought the tent down. He believes that they are seeing evidence of God’s presence and power.

The road to Calvary Healing Mountain

A time of teaching and prayer on the mountaintop at Bala Ventakapuram. 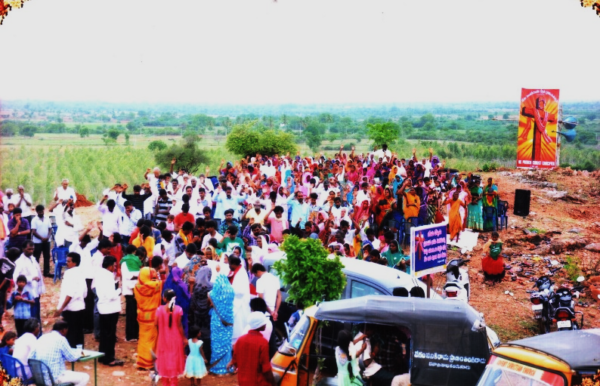 After the service, they all join in fellowship with a meal – cooked on the mountaintop!

Please pray for this outreach, and for the work of the Holy Spirit in the lives of these folk who gather regularly. Pray that the Lord will provide the funds for the supply of the food and that they will continue to see the Lord working in hearts and lives, to His glory.