Rev. Paul D. Ebenezer is pastor of the Fellowship of Blessed Hope’s church at Madurai, about 470 kilometres to the south of Chennai, in Tamil Nadu State. Madurai has a population of more that 1.46 million. 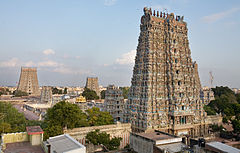 Madurai is third largest city in Tamil Nadu and is a “temple city”. It is known as a temple city because the Meenakshi Amman Temple, a historic Tamil Hindu temple, is located in the city and its 14 colourful gopurams (gateway towers) dominate the skyline of the city. The temple is the most prominent landmark and most visited tourist attraction in the city. The temple was originally built in the 6th century BC but was rebuilt in the 16th century after being looted and plundered in the 14th century by a Muslim Sultan. The temple attracts 15,000 visitors a day, around 25,000 on Fridays, and receives an annual revenue of 60 million rupees – NZ$1.3 million or US$930,000. There are an estimated 33,000 sculptures in the temple. It was on the list of top 30 nominees for the “New Seven Wonders of the World”. The annual 10-day Meenakshi Tirukalyanam festival, celebrated during April and May, attracts 1 million visitors. 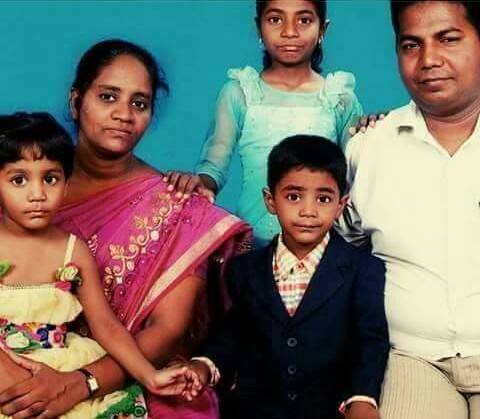 Pastor Paul graduated from the FBHC’s College of Evangelism in Kodaikanal in 2004. From 2004 to 2005 he ministered at Madurai as Assistant Pastor. After his marriage in 2005 he ministered at Thiruvannamalai and from then till the present, for about 12 years, he has been ministering for God, with his family, in Madurai.
His wife’s name is E. Lalitha; his elder daughter (at rear in picture) is Parusia; his son’s name is Paul Joshua and his younger daughter is Joice Letreia.
He subsequently completed a course at The Association for Theological Education and Extension in 2011 and completed B.D & M.Th. at Truth University’s (Bangalore) centre at Madurai.

His testimony includes the following…

“I was born and brought up in a good Christian family, by which I had the privilege to accept Lord Jesus as my Saviour & God. When I was a youth my maternal uncle induced me to join him in the film industry and I was just moving away from the Lord. At that time some servants of the Lord prayed for me and told me that the Lord is calling me to do his ministry. When I was young I desired to work for the Lord but when in my youth there was not even a thought of it in me. I saw my parents suffering in the ministry and along with them we too had been suffering. This made me hate the ministry. I thought to shine in the film industry instead of getting money in the name of offering, so I learnt acting & mimicry.
In March 2000, I had a severe stomach pain and suffered for one month, Sometimes I thought of committing suicide. I was rolling here and there and screaming as the pain got worse and at that time God intervened within me and I prayed if I am healed I will minister to God and then I confessed my sins. In the same month of June, I joined the FBHC’s Kodaikanal College of Evangelism and studied for 4 years.
God healed me by his grace.”

Presently, the church has a membership of 25 families (about 100 people), with about 50 regularly attending service and involved in ministry. He and his members are visiting a further 30 families in their area of the city.

In March Pastor Paul began a Bible School for adults in his church at Madurai. He is teaching some subjects from B.Th and M.Th courses for members and their friends. He is also travelling south to Viruthunagar to teach the same subjects to members of the FBHC church there, and their friends. He is praising the Lord that He has provided a computer to assist him with those studies and with presenting the material at the lectures.

On Easter Sunday he and more than forty believers from the congregation were blessed to witness four of their members, who had accepted Jesus as their personal Saviour, receive water baptism. Pastor Paul asks for prayer for these new members of the Christian family, that they may grow in their faith and in the knowledge of their Saviour.

In March, in preparation for Easter services and celebrations and the baptisms, members of the church gathered to attend to necessary repairs to their church building – inside and outside – and to the compound walls. Damage to the walls around the property is a major concern for them – it has been
caused by large numbers of Hindu people using their property to reach a nearby Hindu temple. Not only is the damage considerable but the Hindu folk are asking the local government body to declare the access a “common way” to the temple. Please pray that this request may not be granted and that funds to repair the walls, to stop the trespassing, may be provided. 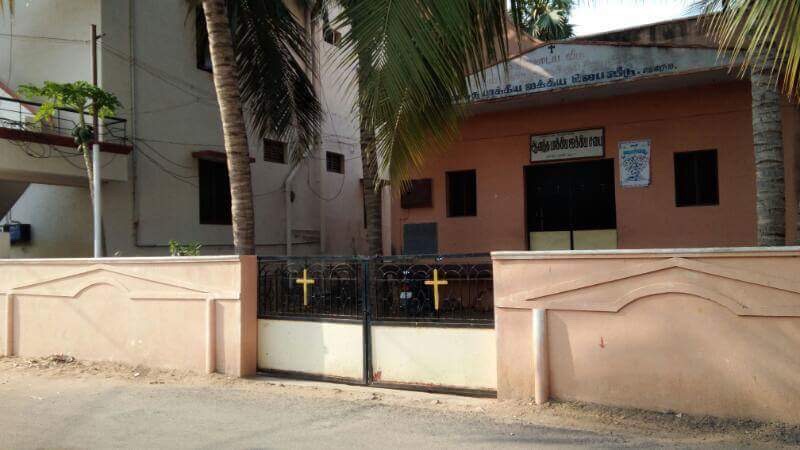 Please pray for Pastor Paul D. Ebenezer and for his family and the officers and members of his congregation as they represent the Lord Jesus Christ in this huge Hindu enclave at Madurai. Pray that God’s power and protection may be evident and that the Holy Spirit will touch the hearts of many to bring them to faith in Jesus Christ as their Saviour and Lord.