In mid 2015, during and following the disastrous flooding which many parts of Myanamr experienced, Pastor Timothy’s Advent Christian Church of Myanmar sought prayer and support to asssist the village of New Hakka with the constuction of a new water supply system. New Hakha is a village in the hilly area of the Hakha district of the Chin State and is the birthplace of Pastor Timothy’s wife Hoi Van, and has a small Advent Christian home based church led by Pastor Mang Hit.

In following months the church and community leaders were able to obtain piped water supply from a source about 2 miles away and built a small tank. Pastor Timothy reports that a supplementary, much larger tank and system has now been completed to make the supply of water much more secure and easier for the village residents. He asks that we join him and his people in thanking the Lord for its completion. 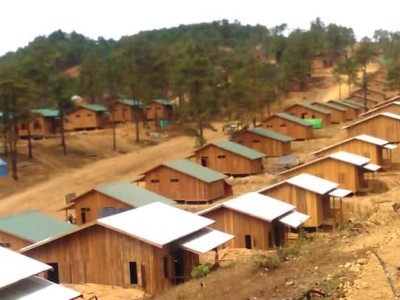 He also advised that the water supply situation in the country as a whole is now completely reversed from mid 2015 when much of the country was inundated by floodwaters, in that the country is presently experiencing it’s hottest summer season for 500 years and the government is very concerned about the shortage of water which is already being experienced. Already 1,761 villages throughout the country are facing severe shortage of water and it is expected that by April and May the entire country will be in a similar situation. He asks that we pray for his country and for his people, that this situation may be remedied as quickly as possible.
The aftermath of the terrible flooding that occurred in mid-2015 is still having an effect on the very large number of residents in many parts of the country, who were displaced and virtually lost everything as a result of the flooding. The government has set up new “cities”, as pictured, for these folk to live in as they begin new lives. 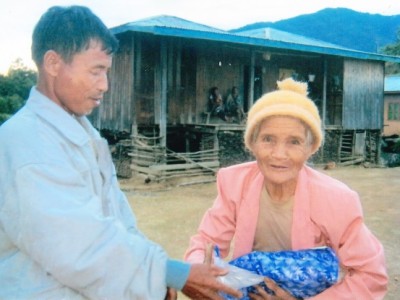 Pastor Paul Tialceu (pictured right), the pastor of the AC church in the mountain village in the Chin State to which we have previously sent funds for mosquito nets for all the village residents and funds for a motor cycle to act as an ambulance, is very sick and has been so for almost a year. Pastor Timothy asks that we pray for him, for a quick and complete recovery.

Pastor Kenneth also advises that his elder brother Lal Lian Ling is also seriously ill and has been in hospital for more than 30 days. Please pray for him and his family also.

Pastor Timothy reports that the leaders of the new government in his country have been elected. Mr. Htin Kyaw has been elected as President and is the first President of the country who does not come from a military background since the 1960s. Mr. Myint Swe, representing the 25% of the members of parliament appointed by the military has been elected as First Vice President and Mr. Henry Van Thio has been elected as Second Vice President. The President and Second Vice President represent the National League for Democracy which is the party led by Aung San Suu Kyi, who the Burmese people refer to as “the Lady”.
Myanmar’s parliament recently approved the creation of a new post of “State Counsellor” for Aung Sang Suu Kyi who is banned by the Constitution from becoming President because her children hold foreign citizenship – the new position is similar to Prime Minister and she will also hold the positions of Foreign Minister and Minister for the President’s office. 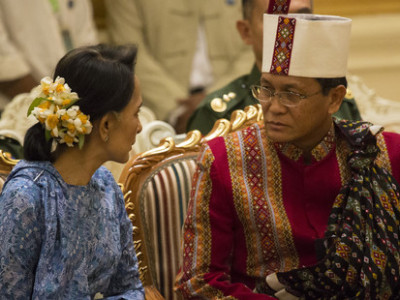 Pastor Timothy advises that Second Vice President Mr. Henry Van Thio (pictured at left with Aung Sang Suu Kyi) is from the same State as the four leaders of the Advent Christian Conference of Myanmar – the Chin State – and is “a good Christian” and that the Chairman of the Upper House of the Assembly is also a member of the NLD and is “a Karen Christian”.

He reports that Buddhist monks and leaders held a street march on 2 April to protest at the appointment of a Christian as Second Vice President but commented “I think they cannot change the plans of God!”

Please pray for Myanmar and its new government and these two Christian leaders in particular, asking that true democracy will bring peace to the country as a whole and will bring freedom for Christians to share their faith.

Pastor Timothy asked that we also pray that the Lord will provide for the 271 orphan and underprivileged children who are cared for by the members of the Advent Christian Conference of Myanmar. He wrote…
“Coming May, we need to prepare for our children and their school opening classes for 2016-2017. They will need new uniforms, books, pens, admission fees, umbrellas, school fees, school bags etc. We need your special prayer help for Myanmar orphan children.”