“ACGC World Outreach has begun a new 2016 special project – Bread of Life. (Our current mission budget does not include funding for this need.) This project will aid our outreach ministry leaders who provide ministry programs (most of these programs are for children) and a meal; often their ministries are directed to those who are unfortunate, such as orphans and the homeless. The support from this campaign will aid our leaders in supplying nutritious food as they work to teach them about the true Bread of Life. Pray that this project will provide both physical and spiritual bread for many children.”

…and a flyer was produced…. 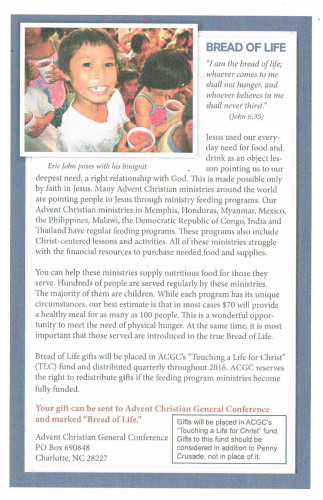 Balunayak Banjara Tribal Ministries will be one of the worldwide ministries which will be a recipient of funds from the Bread of Life Project to assist with their feeding ministry in the Baluthanda area of the State of Andhra Pradesh. 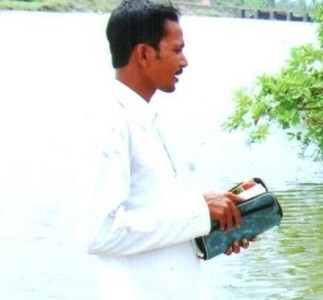 The founder of this ministry, Rev B. Balu Nayak (pictured) has been working for more than 15 years, sharing the Gospel and providing social services including food, to those in the tribal areas of his home district. He has been assisting residents of slums, Gypsies, those who are down-trodden, those who are in hopeless situations because of poverty, and those who are disabled. He first recognised the needs of these people when he was studying at school and he says he was “given many visions and thoughts to do ministries for people with these backgrounds.” He saw many of his own tribal people who had nowhere to live, who had no proper clothes, and who were living on the streets, the railway stations and bus stands. He recognised that they were not educated; that they were in very bad financial situations, that most of the tribal community were not aware of government family planning services and therefore had many children in their families and no-one in these families was getting enough food and they were forced to beg for their very existence in various parts of the towns and cities.
God gave him a burden to help his people and for more than ten years he has been feeding people although he has been greatly troubled by the fact that there was not enough financial support to enable him to do all that is needed. Since 2013, when he became a ministry partner of Yesuway Jeevan Mission, he has received a small but regular amount each month to enable him to feed some of those in great need. 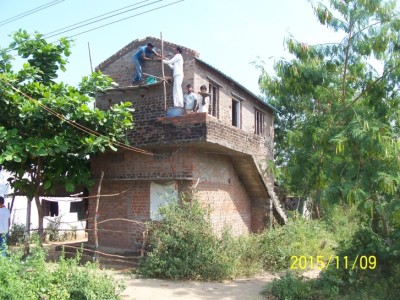 He hopes, “if God allows,” to eventually have some kind of permanent shelters for some of them so that they can be fed and rehabilitated and set on a decent pathway of life. In the meantime he does what he can, in the Name of Jesus Christ, and over recent years has seen some come to accept Jesus as their Lord and Saviour and be baptised. Late in 2015 they completed and dedicated a small building in Baluthanda to the glory of God. The bottom floor is a house for his family and the first floor is a small church and this will be the base for his ministries in Baluthanda, and further afield in Mahabubabad, Gorimella and Salarthanda.

Rev Balu Nayak asks for prayer for the following:
* Pray for all those people with various humanitarian needs to whom he ministers.
* Pray for some regular support for their feeding.
* Pray for the provision of a shelter to enable them to become involved in rehabilitation.

Pastor Balu Nayak was in October 2012 awarded the MAHATMA GANDHI NATIONAL AWARD in recognition of his ministry and service to his people. These awards are given by the Mahatma Gandhi National Foundation “…for demonstrably excellent work done by prominent personalities …in different fields of development activities and social service.”

If you are in New Zealand and would like to contribute to the Bread of Life Project please contact our treasurer, Mrs. Glenise Burge, at glenise@slingshot.co.nz or
PO Box 202162,
Southgate,
Takanini 2246.