For some years, Pastor T’s heart has been set on helping Burmese children recieve good education. He has of course ensured that the orphaned and underprivileged children he has cared for for many years have received good education (pictured below left) right to the point of some of them last year graduating from University after completing degrees.
With the freely given assistance of qualified teachers who are members of his congregation, for several years he has also provided classes for children from the neighbourhood around his home whose parents are so poor that they cannot afford to meet the cost of sending their children to school (pictured below right) 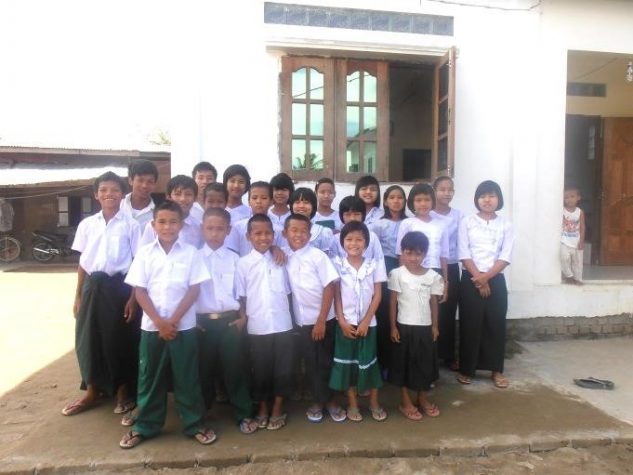 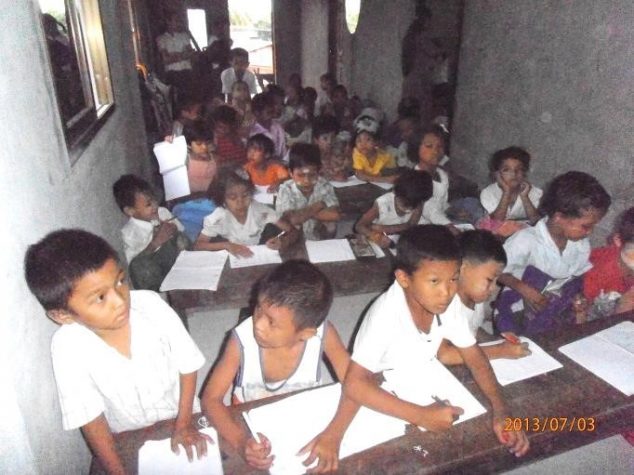 When we visited Yangon in 2013 to film the Penny Crusade videos Pastor T told us that he was seriously considering starting a Christian school. He pointed out empty land adjoining his land which could be purchased at a later stage as the school developed.
In a more recent exchange of email messages he wrote….
“Yes I have a plan for school building by faith and not immediately. But step by step and little by little.
I am trying to open it in 2015 June first week if possible.
In Myanmar,

After many years of my mission experiences God open my heart and eye to do Christian School for my people. Nothing is impossible with God.”

He plans to first build a brick building, 50’x20′ (15.25m x 6.1m) at his property in Hlaingthayar, Yangon as the Lord provides the resources. He has estimated the cost of this first building at 10,780,000 kyats – NZ$13,100 or US$11,100.
Will you please join with Pastor T in seeking the LORD’s confirmation for his plans and for the provision of the necessary resources.