Pastor Balu Nayak who pastors the Advent Christian Conference of India’s outreach at Mahabubabad in the State of Andhra Pradesh, reported that on 8th May he had the joy of baptising five believers in the Pakal River at Jamandlapally near Mahabubabad.

The five believers – four men and one lady – all from Hindu backgrounds, were from 25 to 40 years of age and had been attending his church regularly for six months or more. They were all pleased to publicly acknowledge that they had received Jesus Christ as their Lord and Saviour and testified that God had “done wonderful miracles” in their lives.

As is often the case with those who convert from the Hindu faith, the five candidates all took new names – Christian names, and Pastor Balu Nayak advised the new names as follows… 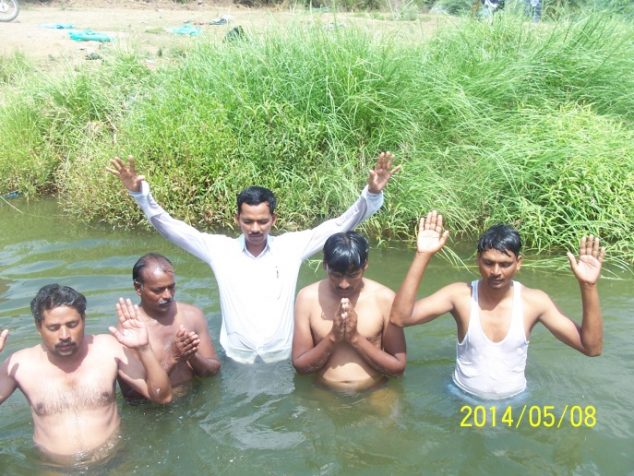 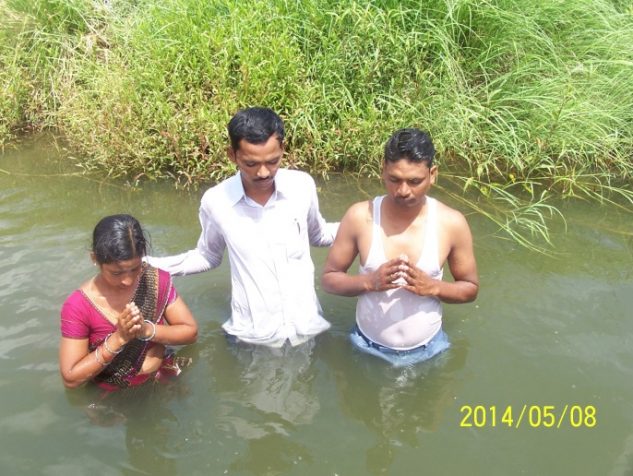 Please thank the Lord for the ministry of Pastor Balu Nayak and seek the Lord’s blessings on these new brothers and sister in the Lord.