Fellowship of Blessed Hope Churches’  Pastor Lawrence recently sent a further report of his ministry to the Irula people in Tamil Nadu. He wrote…

“Greetings to you in the name of our Lord and Savior Jesus Christ. It’s my great privilege to meet you through this ministry report. By the grace of our Lord the Irulas ministry and Hindi ministry is going well in and out of the Kanchipuram district.

A few Hindi people have accepted Jesus Christ and we started a cell group in my friend’s church at Thiruneermalai in Chennai. There we are slowly teaching about the work and ministry of Jesus Christ in the Earth. Here is a boy named SONU come from Uttar Pradesh working as a laborer who is sitting before me, he is most eagerly hearing the God’s word and got full Hindi Bible. Then he brought their friends to the church. Every Sunday evening I am sharing the Biblical studies for them. Please pray for them. 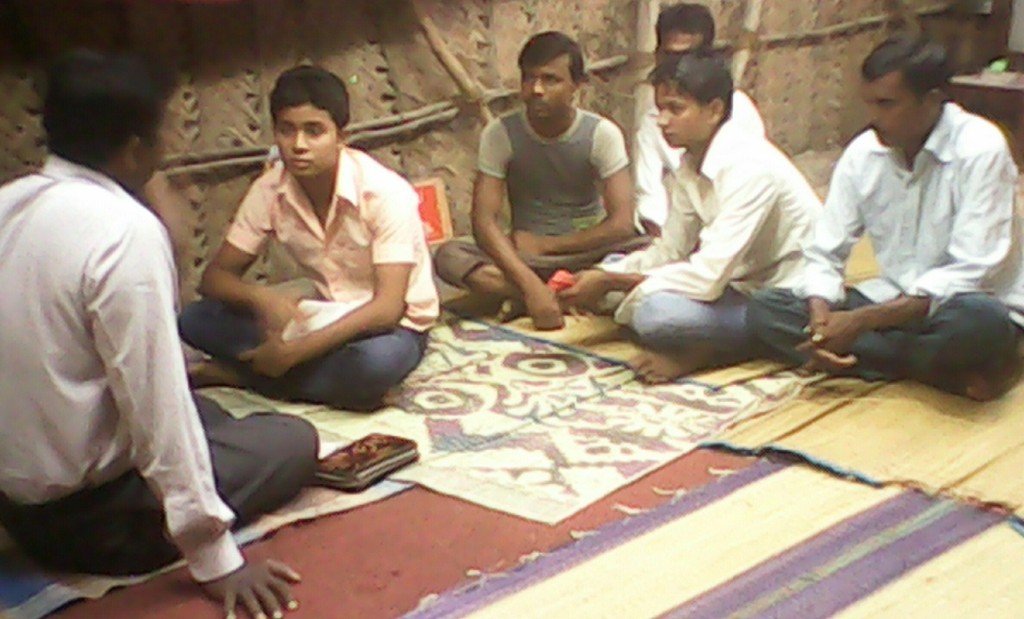 As I submitted in the previous report, the Irulas ministry is doing well by the grace of God. These people are well religious as Bible says Psalm 4: 3 “But know that the LORD hath set apart him that is godly for himself…”

Here I very proud to say a testimony about a man who accepted Jesus with his family. He has three children, two male and a female. I am regularly visiting that family for teaching the deeper life of Christian living. But unexpectedly his elder son aged 7 years old studying 2nd standard fell in to a pond near their house and died on Friday 13th September 2013. The whole Irulas community criticized him and force them to deny Christ. No-one helped them to bury the boy because his father had accepted Jesus Christ. Finally some Christian brothers from local church collected some money from our group then buried with full honor of Christianity.

After the death of his elder son on 13th Sep they went the next Sunday on 15th Sept to the church service and the whole community scolded and criticized the family. But they said as Job from Bible “GOD GAVE ; GOD TOOK, GLORY TO HIS NAME.”Many non-Christians were appreciating their genuineness and religiousness for Christ and the faithfulness of the family – his father and mother also going to church with them, after a week his mother-in-law’s family also following them to worship the Lord.

Now there is a great conversion taking place in that area. We hope that the boy is the seed of the conversion of Irulas. Here is the family photo for your prayer support, Pray for that family and their children’s studies and future. 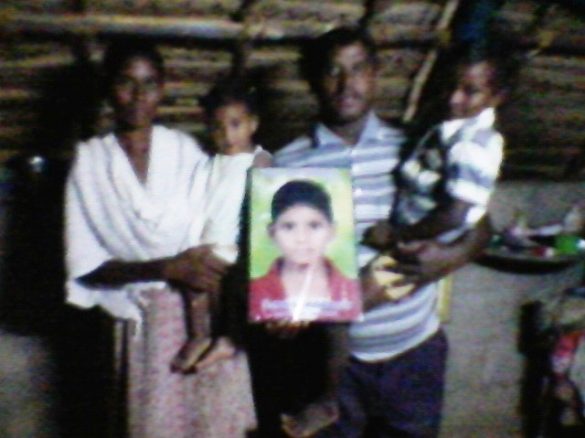 This is the place Karasangal near Samathuvapuram, there we are concentrating on the uplift of the Irulas community both spiritually and economically. That means we are equipping the people to promote themselves for self-employment and self help groups. But it’s very challenging for us. In this place after a long time effort I had planned to show some spiritual and life challenging movies in Irulas area. 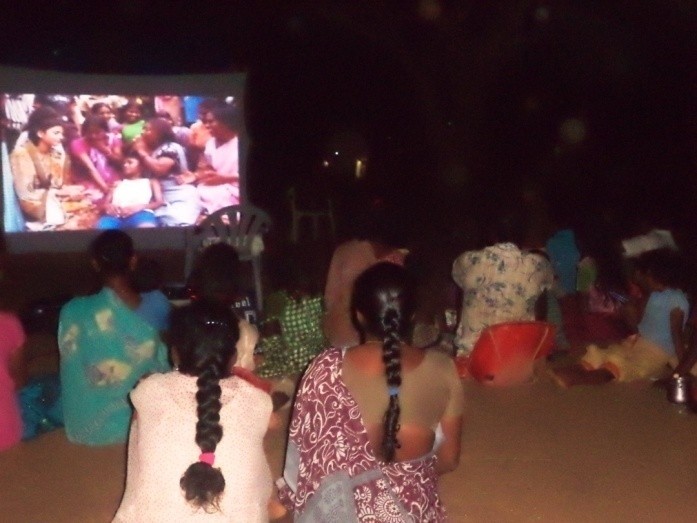 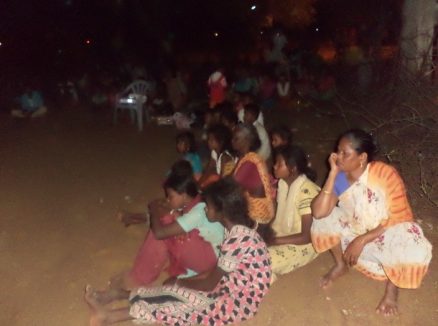 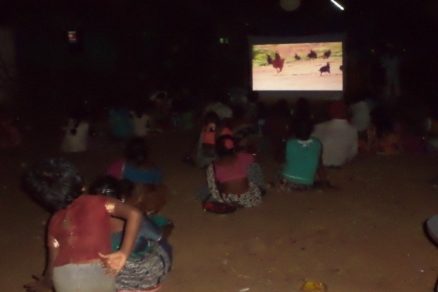 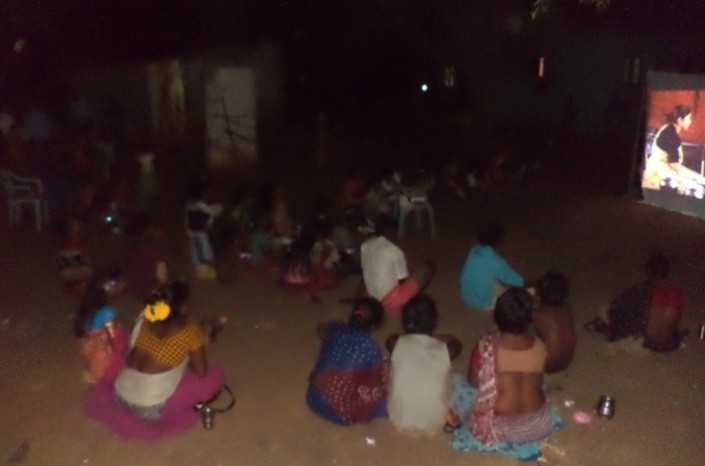 After the movie many people confessed their iniquity and they promised to live a godly life. Not only Irulas but also the Gypsies watched the movies and confessed themselves.

Here is a brief history about the Gypsies:

Beside the Irula community there is a group of people which is called Gypsy or nomadic people living in the area. We can see them everywhere in Tamil Nadu;  they are also known as tribals. I would like to say a few things about them. This people are actually called NARIKURAVA. They don’t have a proper language for them and no script for the language, and everybody is illiterate. Sometimes they speak the regional language for their purpose. Their duty is hunting and honey selling, they are hunting by sling and gun. Some early Narikuravas still have license for gun, and some people are much talents to create the artificial things using beads and shells. But in society they are seen as untouchable, ugly and unclean, therefore people never like to speak with them and be with them.

Whenever we go to meet Irulas, we just share the gospel to Narikuravas .Many times they are not interested to listen the gospel.  But in the film ministry many of them joined with us to watch the movies. Finally, we showed a movie regarding the healing and miracle for the conversion of tribal (Adivasi) people. After the movie we called them for prayer and many of them accept Jesus and confessed their iniquities. 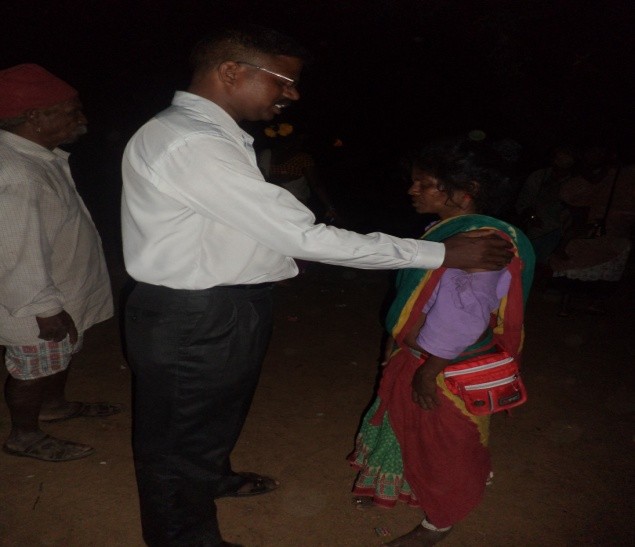 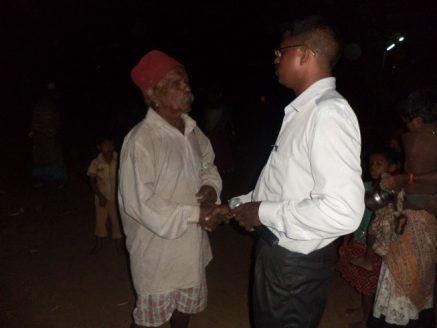 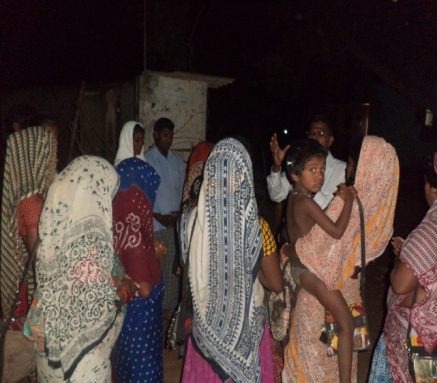 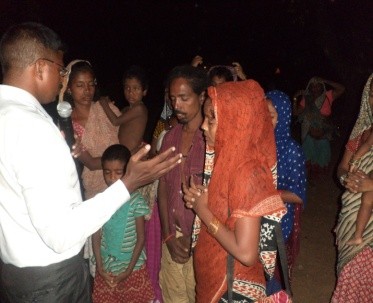 BOTH TRIBAL PEOPLE ARE CAME TOGETHER FOR HEALING AND BLESSING PRAYER

Likewise God is using us mightily in this ministry among the unreached. Now, I plan to show some movies related to their community, Please pray for the film ministry and the needs especially transportation and photos. We are showing these movies by rent basis.

HERE ARE SOME PHOTOS FOR YOUR INTEREST 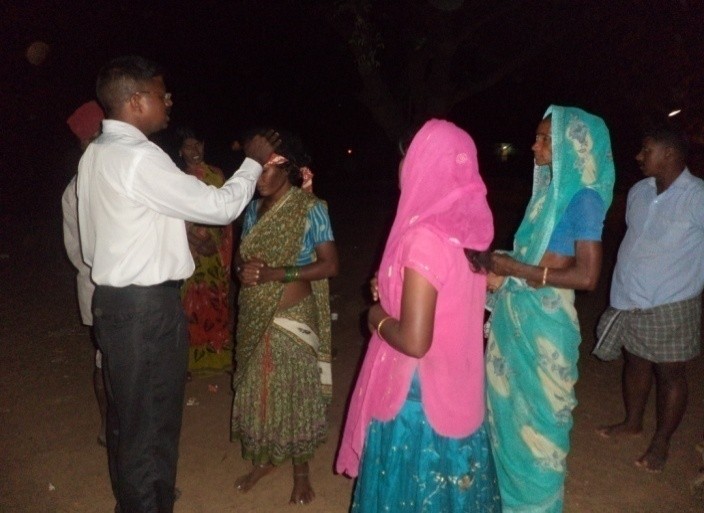 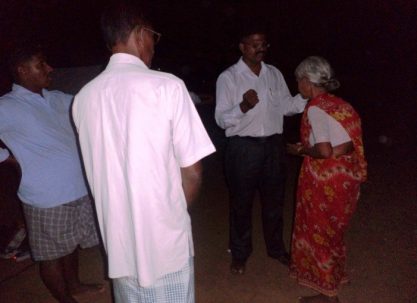 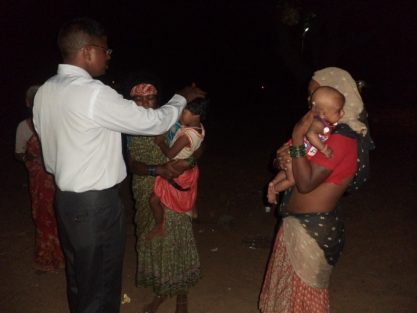 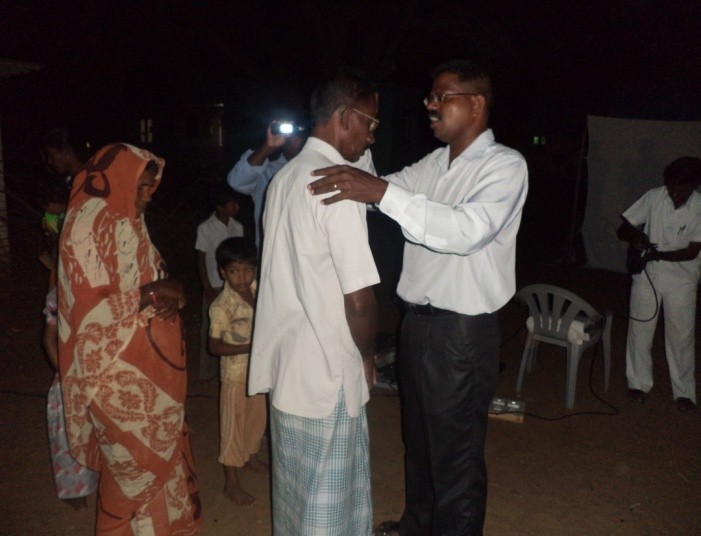 Many of them came with family for prayer

As God asked,Isaiah-6:8 “Whom shall I send, who will go for us?” How many Isaiahs are ready to meet people like these unreached, or to like them? How many people who do not know really “discern between their right hand and their left hand” John-4:11. “Let us be the light of world” Matthew-5:14. and enlighten the people who are marginalised  in society.