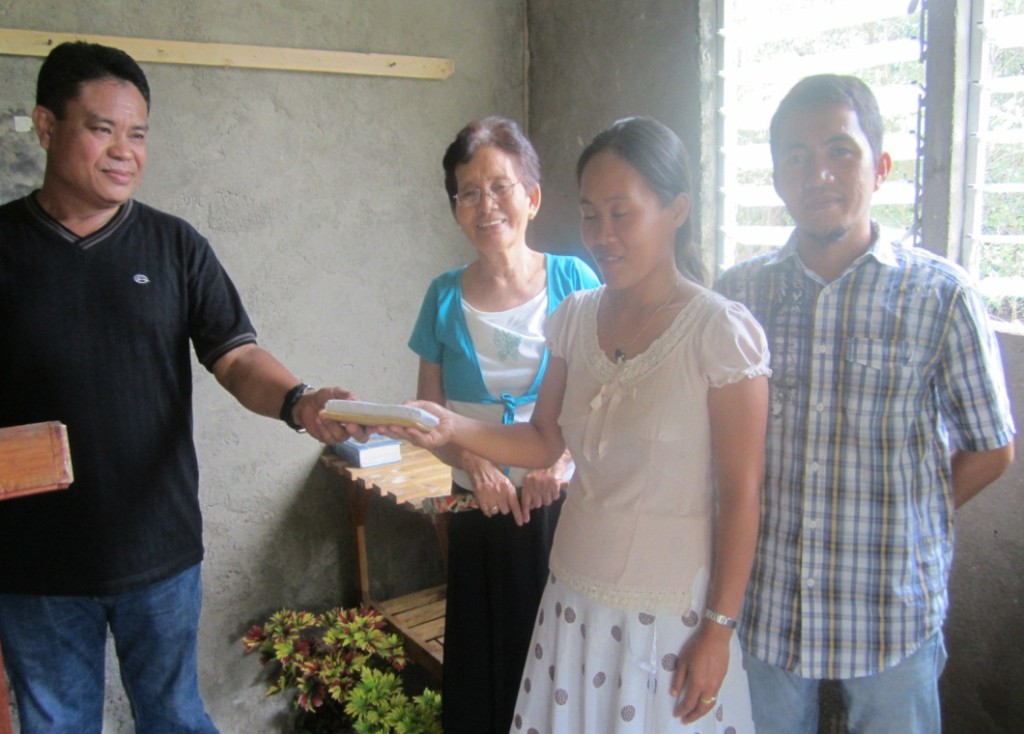 November 9 when I sailed from Cagayan de Oro to Bohol then Cebu purposely to distribute the funds to the 3 churches in the Vizayas which were severely affected by the earthquake. That was just a day when typhoon Yolanda passed Eastern and Central Vizayas and the authorities declared it is safe to travel by sea.
While in Bohol, I heard reports about the severe damages the typhoon have caused to places where there are Advent Christian Churches. They are Leyte and the northern part of Cebu. I was able to contact our two pastors at Leyte and have confirmed no casualties in their church members. Pastor Juanito Zantizas however reported about partial damages to houses which were blown by strong winds and some others were hit by fallen trees. During that time, I cannot at any means make contact with Pastora Nena Lauyog of Living Hope Fellowship.

From Bohol, I went across Cebu then proceed to Kawit, Medellin, Cebu where the Living Hope Christian Fellowship is situated. Four municipalities before Kawit, I have already seen the extreme damage the typhoon has brought to these places. That is shown by the following photos I posted. 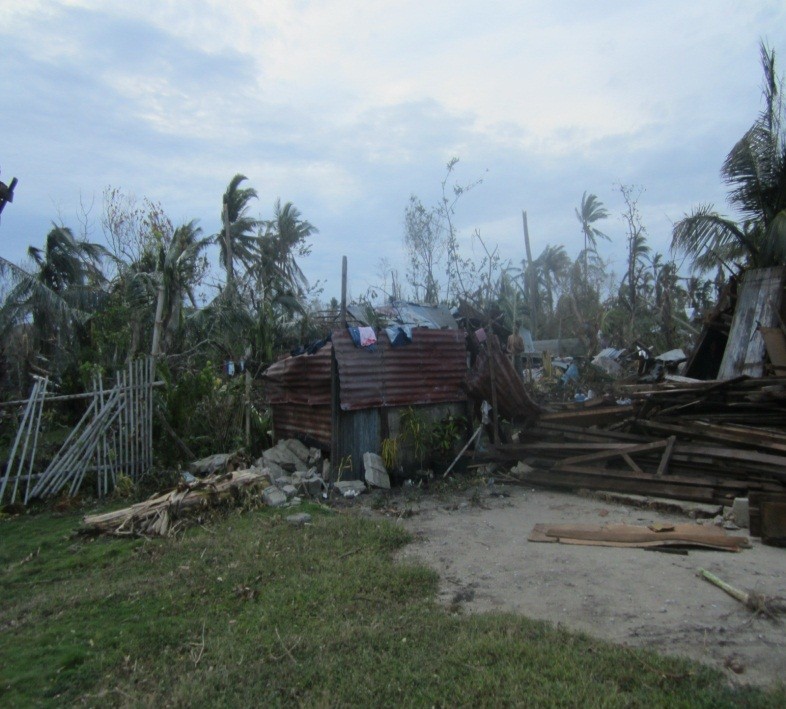 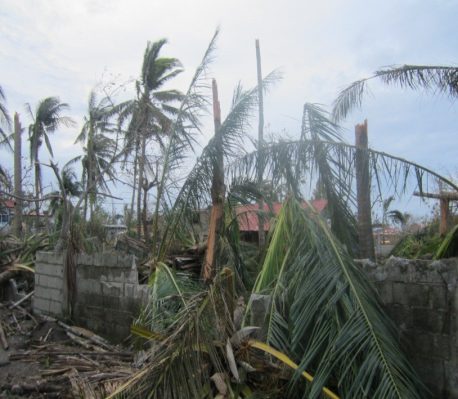 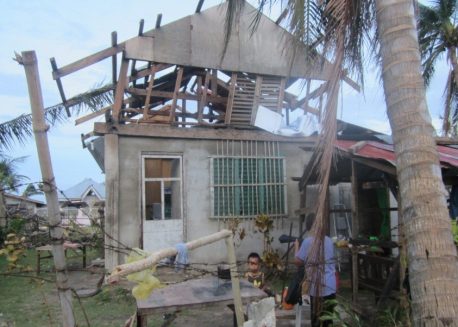 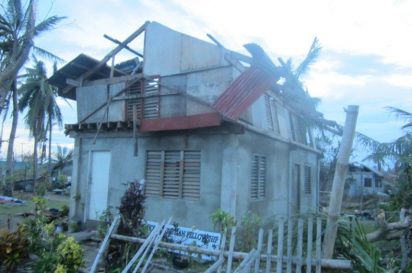 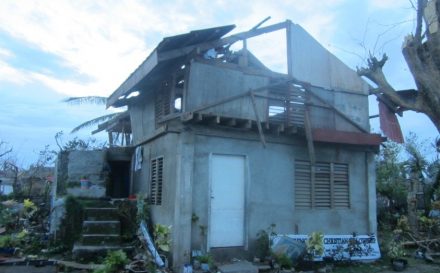 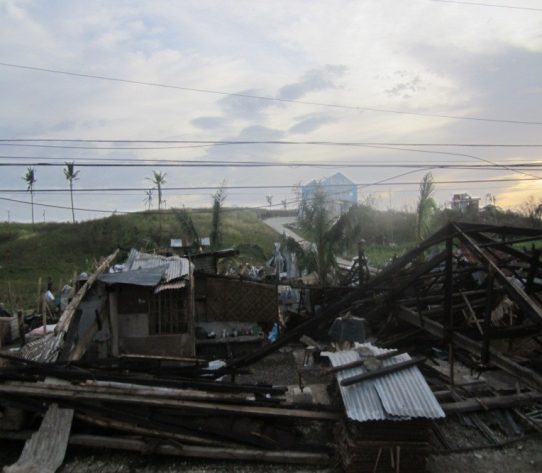 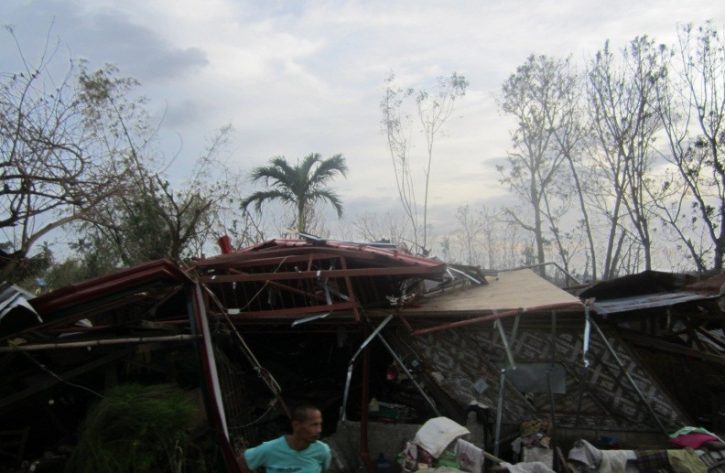 The  photos on this page show the actual picture of the church building after it was stricken by the typhoon. They show the front-left, the front right and the back views of the building.

Pastora Nena Lauyog (partly hidden) is very busy keeping the debris off the ground when I arrived in the area. This is the 2nd day after the super typhoon left the Philippine area of responsibility.

The remaining photos below show the situation of some other houses in the neighborhood. One of which is owned by one of the church members. Other members also have suffered the same but they are situated a distance from the church.

I am now in Cebu City when I wrote this letter. I am bound to sail for Cagayan de Oro but the authorities declared no vessel has to be allowed to travel because another tropical depression fell this morning and storm signal number 1 is raised in Northern Mindanao and Southern Cebu. I am trying to contact the pastors in Leyte to collect some updates but calls and texts cannot be connected due to loss of power in the whole province. The last time we talked with one of the pastors thru phone he said, they have to travel almost 15 kilometers to have their phone charged with 20 pesos charging fee. So they need to be visited but that will be depending on when this present storm subsides.

Meanwhile, we are discussing with Pastor Jonathan Navacilla on how we can collect local donations for initial assistance. Members of his church are now making some commitments of which we know this can be limited but at least we can be able to extend initial assistance.

Our other concern then is on the reconstruction/repair of the building of this church at Kawit, Cebu and I know for sure the 2 churches in Leyte.

I know you have offered for us your generous times for intercession. We are grateful to that. Please continue to pray for our brothers who are now suffering.

Thank you, may God bless you.