The Blessed Hope Christian Fellowship of Kasambagan, Cebu City held its Sunday Worship for the first time in a grander setting on October 6, 2013. After a year of holding two Sunday services in a very limited space, the church now rents an extensive place in one of the renowned hotel facilities in the locality. Attendance reached up to 120 in its first grand meeting. 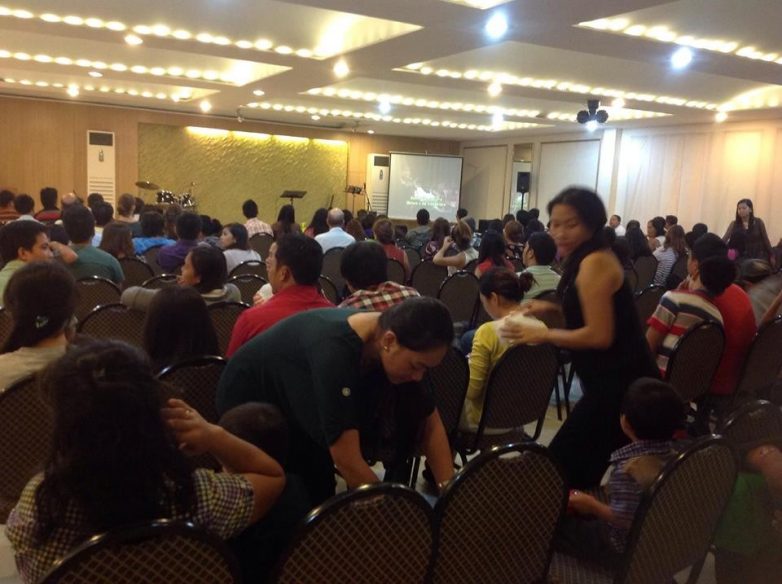 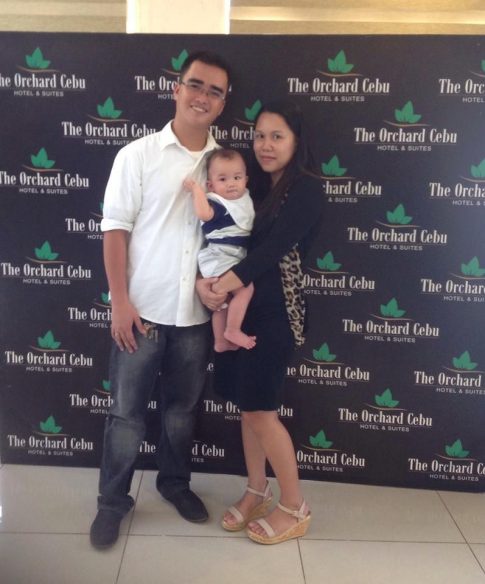 “This has to be a higher leap of faith on our part considering the implied demand on finances but we have to take it believing that God has his own means to provide”, says Pastor Jonathan Navacilla during our recent conversation citing the need of Pph6,000.00 per week as rental for the venue.

A notable increase of church attendance took place when a good number of leaders were developed enlisting themselves to making disciples. Leaders who went reaching out the unbelievers, unbelievers nurtured in cell groups to become leaders and disciple-makers themselves.

This is the essence of the “Intensified Cell-group Strategy”, a Discipleship design of the BPACCI. It is simply going back to the pattern (small groups meeting in their homes) set forth by the New Testament church. 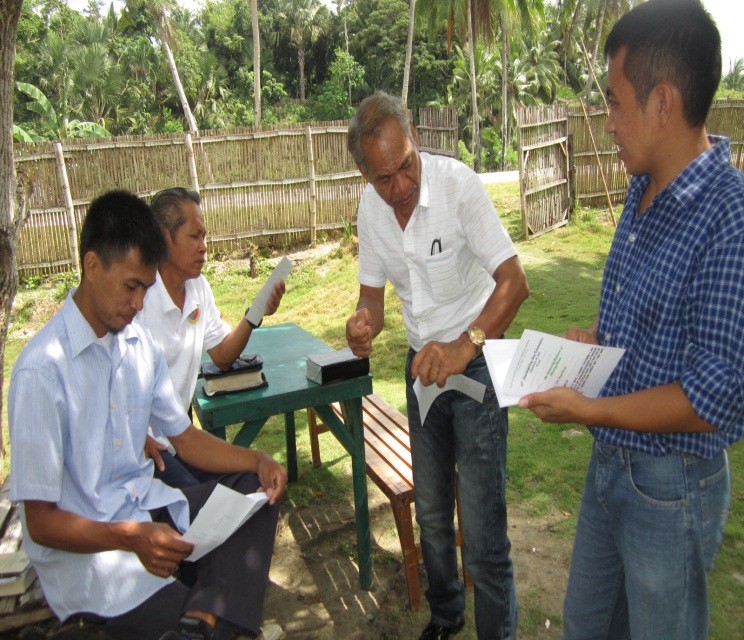 VIZDACC ON TO A QUARTERLY MEETING

The Vizayas District of Advent Christian Churches maintains its regular fellowship by meeting once in every quarter. This is so encouraged by the Conference leadership to boost the enactment of all programs throughout the local churches.

Left photo shows the VIZDACC Pastors posing with the Philippine Conference president Efren Miranda who sat at the meeting, rendered his report and challenged the district constituencies to participate in the incoming activities of the Conference.

This church is one among those that are established few years after the pioneers from the American Advent Mission Society (AAMS) left the Philippines being able to sow the Gospel message to the Filipino nationals.

Shown in picture is the former Miss Merlyn Nebreja now Mrs. Llenares whose parents were known to be part of those who became primary contacts of the missionaries in this barangay. Presenting her research about the history of the church, she made mention about few names of the early Advent Christian Missionaries who have contributed much to the founding of this church.

It is good to mention the early Filipino converts who worked with the American missionaries to pass through the language barrier when they preached the good news in this remote place. Mentioned during the presentation were the late Rev. Fransisco Supangan Sr. and Rev. Floro Paglinawan.

Another photo shows Pastor Imee Dilag, the present church pastor who was chosen to be the speaker. She exposed about “Desiring God”, the theme for this year’s celebration. 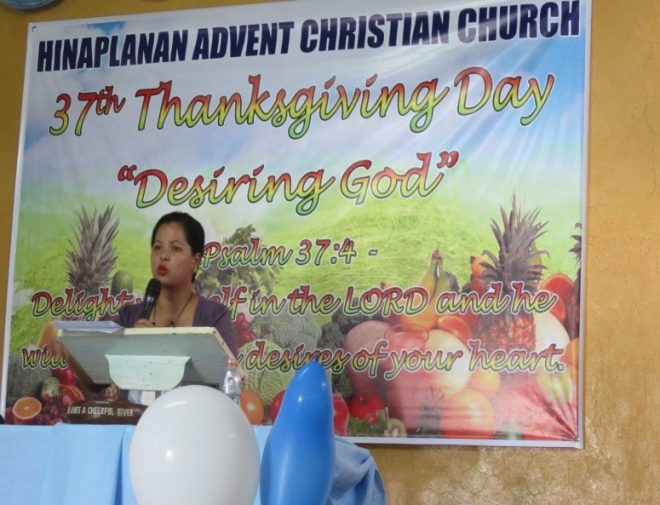 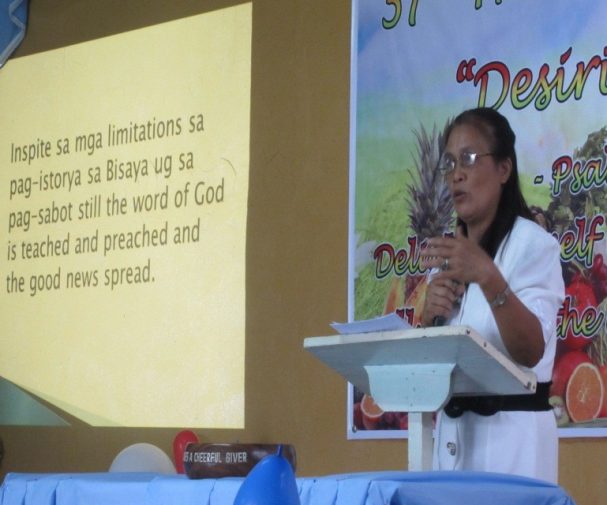