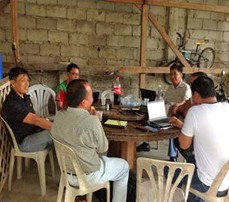 The committee on Discipleship, headed by the Director of Church Planting and Evangelism Rev. Virgilio Pallo, met on July 30 to discuss pertinent matters for the augmentation of BPACCI’S (Bishop of the Philippines Advent Christian Conference, Inc.) ministry on discipleship.

The year 2012 ended with two phases of the design being fulfilled.

Emphasis is now being place on phase three as the Committee focuses on equipping the cell group leaders. In this phase, it is expected that each leader will be led to understand that the cell group exists as an avenue for making disciples of Christ and to advance the leader in Christian living making him well-found to reproduce his life to other believers. 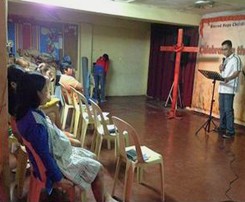 One of the fast-growing churches among the BPACCI is the Blessed Hope Christian Fellowship in Banilad, Mandaue City, Cebu, which is presently hosted by Pastor Jonathan Navacilla. In his recent report, church attendance really is heightened to the extent that they have to render two worship services every Sunday; one in the morning and another one in the afternoon. The church is looking for a wider space where they can transfer their center for worship in anticipation of the greater things to be done in the days ahead.

Increased attendance of the church was observed when they were led by God to avail sports as a platform to gather people and be reached with the gospel. To nurture the believers, cell groups within the church provide a place for disciple-making.

There are at least three (3) places identified as expansion of the BPACCI ministry for the third quarter of 2013.

All these now require pastors who will be responsible in growing the believers. 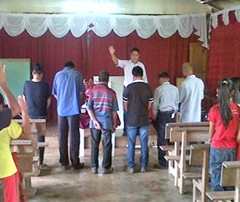 Along with the newly elected members of the church, Pastor Samuel Mahinay was installed on July 28, 2013, as the new pastor of Mat-i Advent Christian Church, Mat-i, Claveria, Misamis Oriental. He is the  second son of the former Philippine Conference President, Bishop Herminigildo G. Mahinay, and was trained in pastoral ministry at Oro Bile College. He has served as pastor of two BPACCI churches in Loay, Bohol and Hinaplanan. Before responding to the call of Mat-i, he served as Outreach Pastor of Claveria Advent Christian Church.