FINISHING WHAT HAS BEEN STARTED

For his second term of office, the Philippine Conference president strained on stirring the pastors and churches to finish those that BPACCI has started. In his recent visits to the Districts and the local churches, he reminded the constituencies on several programs which were conceptualized and introduced during his first term. These included those that are geared towards establishing a local support system utilizing local resources which God bestowed upon the Filipino Advent Christians. He also has brought to mind about the BPACCI Intentional Discipleship which is now stepping to its third phase. 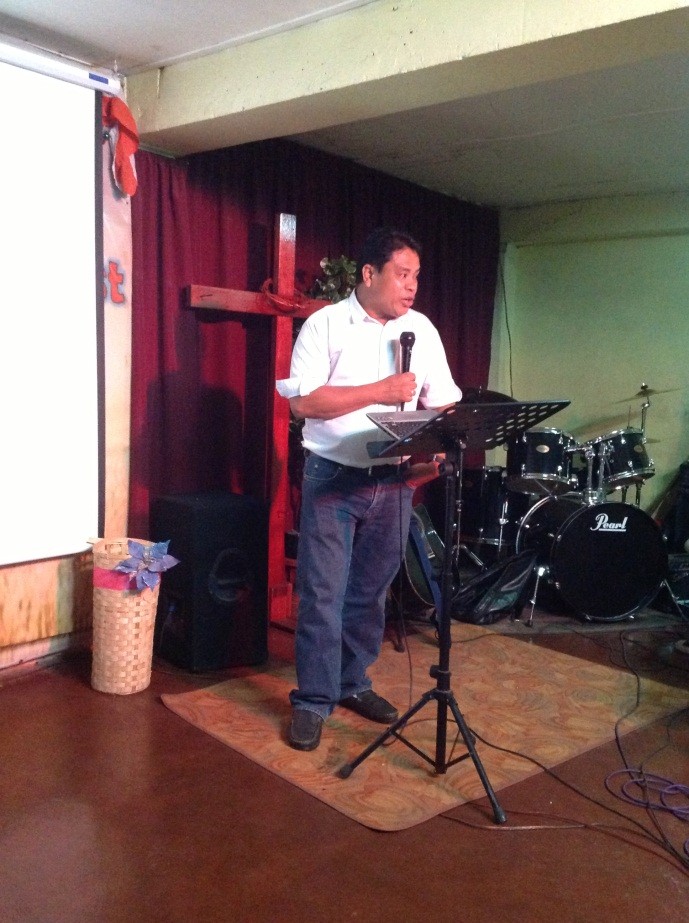 BEARS BENEFIT NOW ON EFFECT – While the 500 projected number of participants/enrollees is still far from range, the Board of Trustees that voluntarily mans the operation of BPACCI Emergency Assistance and Relief Services announced that benefits of said program has taken effect beginning the month of July, 2013. Five regular members have enjoyed the adjusted benefits sticking to the established policy. Each member has to contribute Ten pesos and Twenty pesos to assist a fellow member at hospitalization and death respectively.

To this date, 90 have fully paid the membership requirement. Others have initially deposited but could not avail of the benefits until they completely pay the six hundred pesos. Accumulated amount on this institutionalized “dayong” of the BPACCI now totals Sixty Thousand Four hundred Pesos.

Local Church Pastors and church leaders are reminded to encourage church members to take part since increased enrollment to the program means a maximized benefit to be enjoyed. Releases have been made against the deposited amount. Therefore, as the policy states, members are encouraged to make some replenishment to ensure funds for emergency assistance be available as always.

Church Pastors are instructed to set their Cell group leaders for a Training to be done by district beginning next month. Through this, participants are expected to learn about managing their respective cell groups well in view of producing true disciples of the Lord Jesus.

District Presidents are now called to promote the said affair in their respective areas and suggest the tentative date to host the Training for proper coordination and scheduling. Initially, the Claveria District has planned to be the first to host the event seeing the urgency of the said training for the laymen in the churches. The committee on Discipleship through the headship of the Evangelism Department has formed a core group of trainers who will be responsible in facilitating the event.

NORWESMIN DISTRICT RESETS – The North-western Mindanao District comprising four Advent Christian Churches from Iligan City down to Zamboanga peninsula have recently held its quarterly meeting. Agenda of said gathering includes discussing each church’s commitment in preparation for the next Biennial Convention in May 2015. It was recalled that in the recent General Assembly on May, the District after presenting a proposal was chosen as venue and host of the 8th major gathering of the Conference.

The pastors who represented four local churches also convened to elect the new set of officers who will lead the district towards fulfilling God’s mandate. A business meeting followed the election. The focus of the district for the moment is to assist the smaller churches, empowering the leaders to become more equipped for the task particularly on issues concerning disciple-making.

The Cornerstone Maranatha Community Church situated at Aclan, Nasipit, Agusan del Norte has recently held its 3rd Thanksgiving celebration in congruent with the 3rd year Foundation of the church. 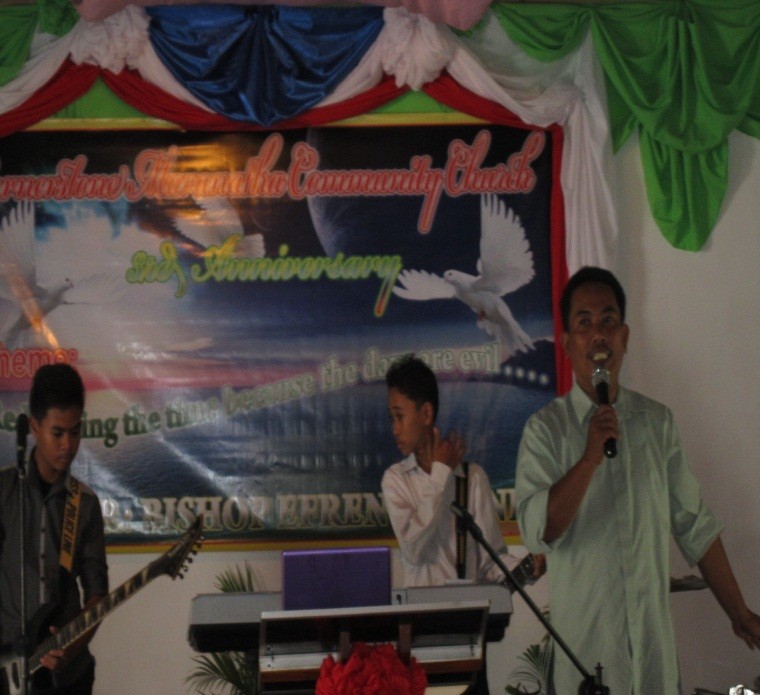 This year’s theme is founded in one of Saint Paul’s exhortation to the Ephesian church, “Redeeming the time because the days are evil”. In his homily as the guest speaker, the Philippine Conference president made light about the theme in the context of evangelism bringing in two essential thought which include spreading and availing of the Gospel because each time of the day that passes never comes to its place back for the second time. He concluded his message challenging the invited guests to accept God’s offer of salvation brought by His Son on earth. A good number mostly tricycle drivers responded to the call.

Photo shows Pastor Joel Dumanon, the host pastor. He serves full time in the church while his wife is a public school teacher by profession.