Two common activities are done by the churches in each summer that comes. Pastors and Church leaders here have considered holding Summer Youth Camps as a manner of catering the Advent Christian youth a sufficient training on leadership skills enhancement so that they may become useful for the Lord and in the ministries of their respective churches.

With the intention to fortify the clustering of local churches, three Summer Youth Camps were held by districts namely; the Claveria District, the Macajalar Bay District and the North-western Mindanao District. 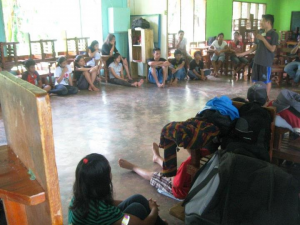 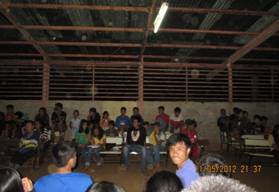 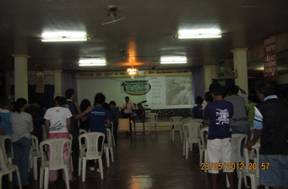 For the first time, two Advent Christian Churches of Iligan City, and another two from Misamis Occidental converged and named themselves the NORWESMIN District made their long dreamed young people gathering this year. This was hosted by In Christ Glory Church (ICGC), Iligan City.

To complement in advancing the knowledge of the Lord and Savior Jesus Christ for the Filipino Advent Christian kids, it is also common to churches here to hold the Daily Vacation Bible School (DVBS) every summer.

This is considered one way of reaching the community out for the Gospel by opening DVBS to non-believers in the neighborhood. A good number of parents love to send their children to this yearly activity allowing them spend one week listening from Bible lessons and learning some handicrafts out from their two-month vacation from secular school.

Photos below show three DVBS timetables hosted by the Maranatha Bible Church-CDO in three different vicinities of the city:

-Teacher Joy C. Hibaya is seen with her Teaching Staff giving instructions to children during one of their classes done at the main church.

-The children posing in their presentation during the culminating activity.

– Teacher Bebie Patos de la Cruz with two other Staff joyfully leads the preschoolers to their age/group class. This one was held at Maranatha Bible Study Center, a growing outreach of MBC, Cagayan de Oro City. 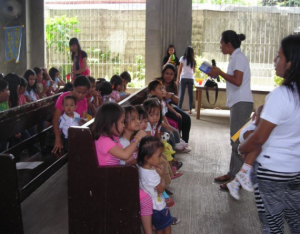 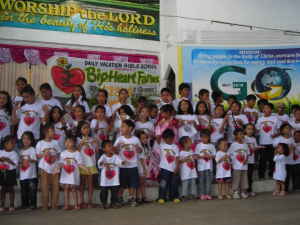 Two photos at the bottom  both show the children at the Tent City (Evacuation Center) who were benefited with the DVBS. They are the children of the families who suffered the loss of homes and properties due to a flashflood caused by typhoon Sendong last December 2011. 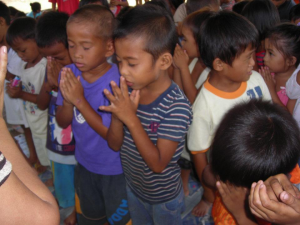 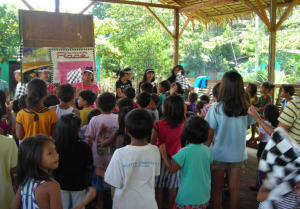 The upper photo shows how the children gained deeper truths from the Bible, appreciating the power of prayer enabling them to sense God’s favor despite the suffering from tragedy they went through.