Greetings to you and thank you for your continued support and prayers for our brothers and sisters in South East Asia who serve the Lord under the Advent Christian banner. 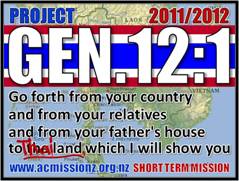 ngements for the GEN.12:1 WORK/ENGLISH TEACHING TEAM to Thailand, which is to visit John and Maeo Middlewood at the Christian Mission Naratchakwai, near Nakhon Phanom from 29 December 2011 to 16 January 2012 continue and are coming together well.

The Team will have twelve members – five from New Zealand and seven from the United States – four ladies (ages not for publication!) and eight males ranging in age from 12 years to 70!

There have been a few hiccups in respect of travel between Bangkok and Nakhon Phanom – this has been caused by the recent severe flooding in and around Bangkok, and the fact that the domestic airport there is still under water and out of operation. However, thanks to John Middlewood’s efforts on the ground at Nakhon Phanom we presently have confirmed bookings for 29 December to a nearby airport at Sakon Nakhon which is about 45 minutes’ drive from Nakhon Phanom. Return bookings to Bangkok cannot be confirmed until after 1 January so it is possible we may all have to apply for residency in Thailand!! Please pray that these return bookings will be confirmed as required in mid-January.

John is putting together arrangements for Team members to teach simple English and to help those who know a little English to practise it by speaking with us, at a nursery school; at least one high school and several elementary schools. Some of us will assist John’s team of Thai teenage teachers at an all-day Saturday English camp where there will be 80 elementary students from four schools attending.  We will also be part of a Combined Youth meeting for young people from several churches in the area and we will visit those churches early in the New Year. It is likely that we will enjoy a boat trip on the Mekong River and of course interact with the congregation members at Sunday services at the Christian Mission Naratchakwai. Some of us will also put many gallons of white paint on the walls of the buildings on the CMN property. It all sounds very exciting and you are probably wishing you were going to be part of the Team, but sadly it is now too late for you to join us! But you will be very welcome to join our next Team – perhaps mid 2012? 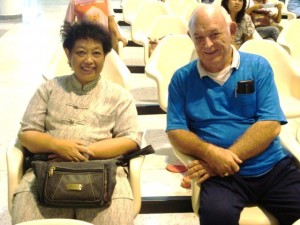 Please pray for good health, safety and sweet fellowship for all the Team members and for all those we meet whilst at Christian Mission Naratchakwai. Pray that there will be blessing for all concerned and that our presence and witness may help to draw some of the young people closer to the LORD as well as help them with their English. Please pray also for John and Maeo (pictured at right) as they have to deal with this invasion of foreigners!

We intend to keep those at home up to date while we are at Naratchakwai by posting information about our activities and a picture or two on our facebook page.  You might like to keep any eye on http://www.facebook.com/pages/Project-Gen121/225551824163004 while the Team is in Thailand.

The political situation in Myanmar appears to be moving slowly but surely towards democracy and more freedom for the Burmese people. Although there is still a long way to go it seems that the new President of Myanmar and his advisors are willing to allow the country to move towards a democratic form of government which should bring renewal and improvement to many aspects of life in the country for its people. Our Advent Christian Conference of Myanmar leaders confirm that many prisoners, including some political prisoners, have been released from jail and that there are already signs of reduced pressure on the Burmese people.

We have seen a recent visit to Myanmar by the United States’ Secretary of State Mrs Hillary Clinton with her express purpose being to encourage democratic change, and those who now govern the country seem willing to allow Mrs. Aung San Suu Kyi, who has spent fifteen of the last twenty years under house arrest by the ruling army junta, to stand for election in forthcoming parliamentary by-elections representing the National League for Democracy.

We have been praying for several years, since our connection with our brothers and sisters in Myanmar began in 2004, that true democracy would return to Myanmar. We need to thank God for progress being made and continue praying for that country and especially for those who are now in leadership, remembering that a return to true democracy would bring freedom of religion and would enhance the ability of our Advent Christian Conference leaders and indeed of all Christians to openly and freely share the Gospel with their fellow Burmese people.

Recent discussions with our leaders in Myanmar have brought from some of them their willing approval for us to be more open in what we publish about their activities, and two of them have given us their permission to publish pictures of them and their people. This will be a blessing for me, as I have often 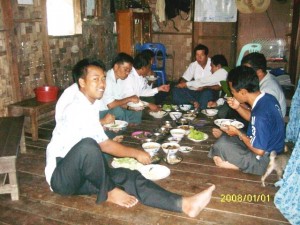 had a heavy heart as I have had to blur the faces of those appearing in the few pictures that we have published from the many, many pictures I have received of the members of the various churches and ministries. I had a heavy heart because I knew that what I was doing was because our brothers and sisters were under severe repression, but I was also disappointed that you were not able to see the beautiful, smiling, almost radiant in some cases, faces of the people which to me so often showed their joy in their faith in the LORD, and their appreciation for whatever assistance we have been able to give them. One of the leaders, who has had more problems that the others, has asked us to continue with the level of security we have been using up to now, and of course we will meet that request. One of the leaders has not yet replied on the subject.

In spite of what I have written above, there are still many injustices being carried out by the Burmese army and one of our pastors – Pastor Timothy – recently wrote as follows…

“Dear fellow workers
I am sending you a picture of eating fellowship at my house last Friday. We are emergency relief team for Kachin People. Kachin state is one of Christian state in our country. More than 35000 people are running here and there from their home because of Burmese army and KIA. Many people of our brothers and sisters were death, dying and suffering, no food, homeless, destroyed rice fields. many females were forced and killed. This time is very cold in there but many people are no cloths and no blankets. Last month we sent our fellow worker there and we had a meeting at my house last Friday and discussed their suffering according to our fellow worker report. We will send him to there after Christmas. Please pray for our Christian bro and sister in Kachin state. God bless you.” 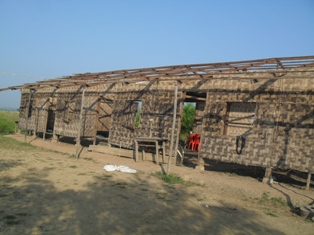 Pastor J is presently trying to rebuild the buildings of his Bible School and hostel for orphans which were badly damaged by the recent heavy rains and flooding which I mentioned in my last update. He recently reported…

Please prays that the Lord will send the need for rebuilding. The building has fall down. we need to build new building.  I do not means that you MUST send the fund for this building. BUT I ask you in the name of Jesus to pray for building.  you can help rebuild a simple home for bible school, orphans home so on. to enable our rebuilding complete, our beloved brothers and sisters who are working in different areas of life are hereby requested and invited to kindly participate wits in this simple building through prayer, giving advice and financial contribution. All kinds of donations are gratefully appreciated. the building shall be made as follows ( by wood)

In answer to my subsequent questions he has replied as follows… “We have 13 bible students and 8 orphans (In Yangon) and 15 orphans (In Shan State) at the moment. Right now as for me, I feel that every situation is hopeless. But I trust God that by your prayer support and standing for me, God will provide the way for us as we serve Him for His glory.”  and   “A fairly close estimation of the cost of materials and labour to do the job was 4000000kyats” (= NZ$7,200) 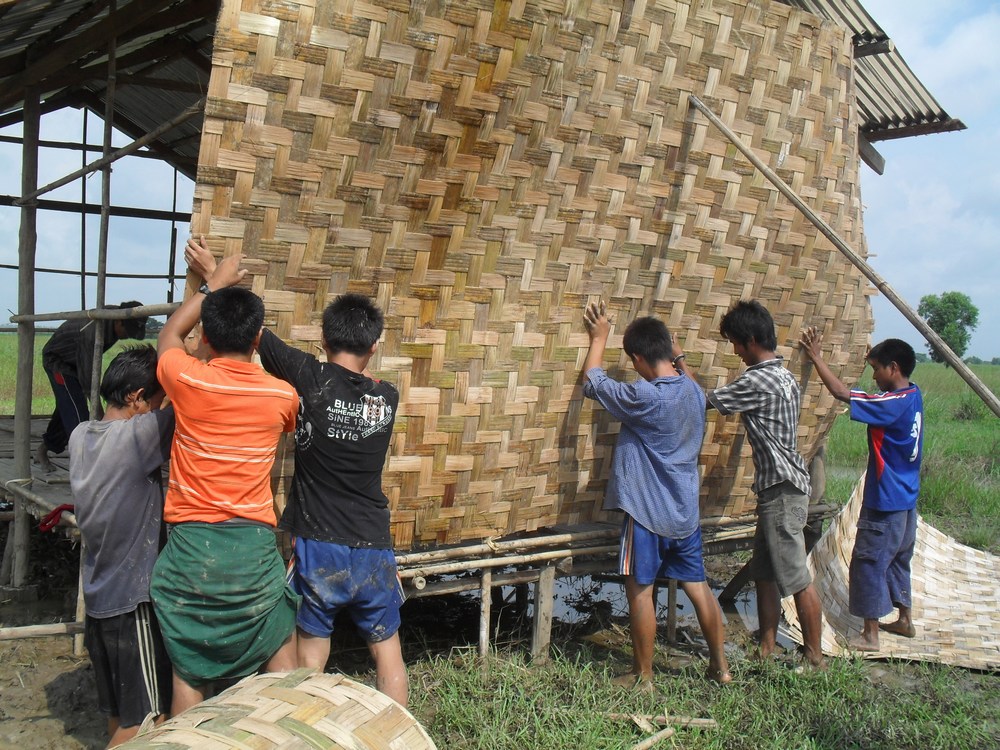 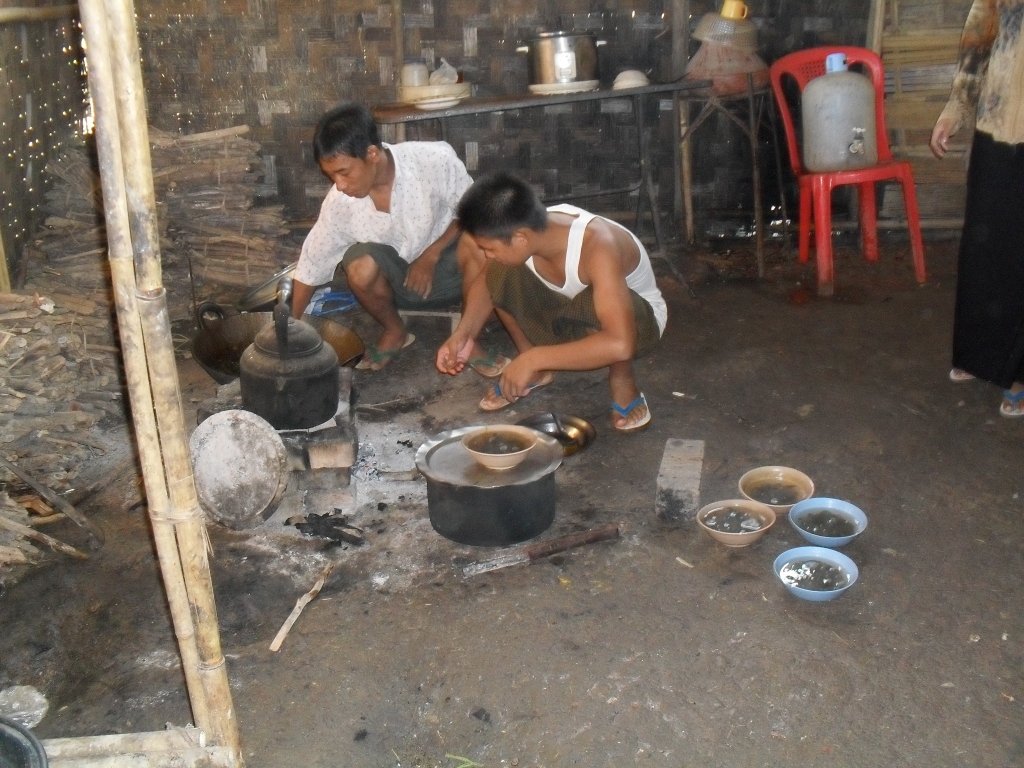 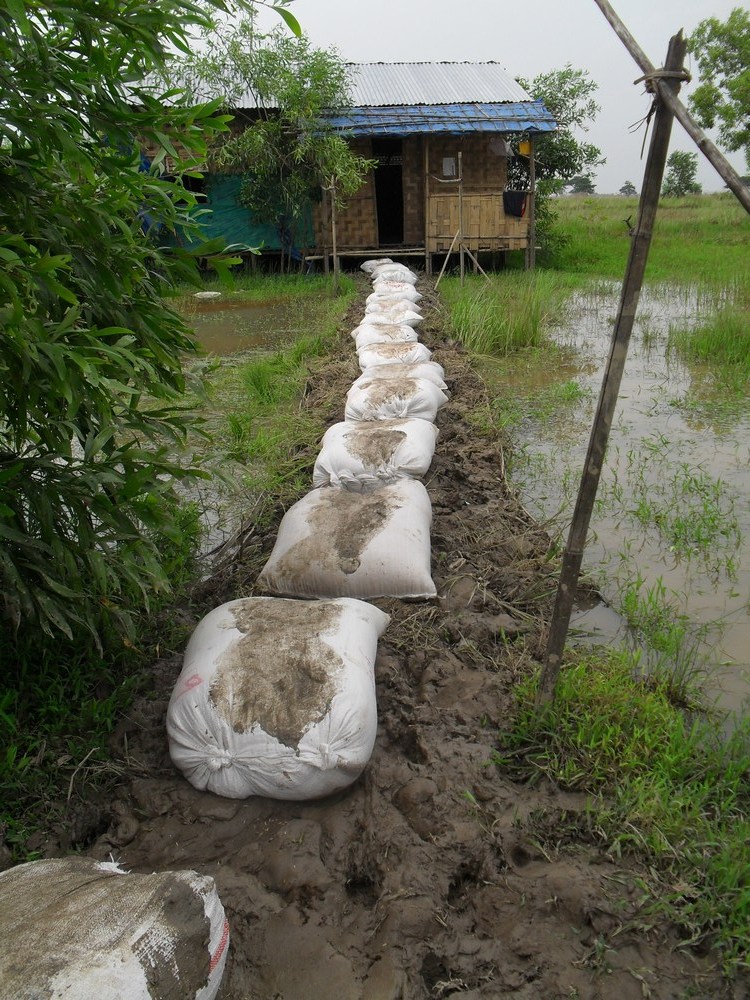 We appreciate your prayers for the work in Kluang”

Please continue to pray for Brother and Sister Wilfred and Ruth and their ministries, Their group is still small at this time but they are faithfully sharing the blessings of our faith with others – others from many nations and other faiths.

Once again, my grateful thanks for your partnership in the Lord’s ministries in South East Asia. Thank you for your prayers and encouragement to and financial support for our brothers and sister in the LORD during this year that is about to end. My prayer is that you will enjoy a very special time of blessing as you celebrate the First Advent of our Saviour Jesus Christ with family and friends and that you will know the wonderful peace and power that comes with the presence of God as we wait through the New Year for Christ’s Second Coming.  God bless you.