It is with sadness that I write to you at this time, a time which we normally associate with “Peace and Joy”. Most of you will be aware of the typhoon which hit the island of Mindanao on Friday night devastating the cities of Cagayan De Oro and Iligan by horrific flash floods.  It was in Cagayan De Oro that I lived and worked for seven years. CagayanDe Oro is also the city which has been home for the Vann family and the Walsh family during their years of service at OBC.  (As I have been writing this I have had “Facebook” messages from Mm Penny and Mm Rhonda. We all have tears in our eyes.)

I give thanks to our Heavenly Father that all of the people that I know survived the onslaught of the water although some of them have lost all that they had. They have walked away with only the clothes they were wearing.

Pastor Billy Comahig has been given the responsibility of ascertaining the needs of the churches and members and so I copy his e-mails to me. I have also been in daily phone contact with him and with Pastor Reniel Comajeg.

Dear Brethren,
The storm that hit the Philippines particularly in Cagayan de Oro and Iligan City brings so much damaged of the people living in the places mentioned above. Hundreds of people died and thousands of families lost their houses and belongings.

I will continue to give you the update as soon as I will get additional information about the affected areas. Please Help our Brethren, They really need food, clothing, and their other basic needs.

Dear Dad,
The people are really in need for food, Clothing and materials to rebuild and repair their Houses. Oro Bible College need money to fix the roof top of the boys Dormitory.
First of all, Your prayers are a great help for the victims of the flood. You can also help the victims by donating any amount of Money for their  food, For their Clothes, and for materials for repairing and rebuilding their houses.
In His Service,
Billy

“Greetings in the most precious name of Jesus Christ. As of Dec. 18, 2011, in Iligan city, Christ Glory Church and some of its members are affected, and former Bishop Eleazar Comajig and the New Life Church in Iligan are also affected. Both churches in Iligan were flooded, so the equipment, furniture, computers and everything inside the church were flooded.

“In Cagayan de Oro there are 346 dead already as of Dec. 18, 413 still missing and more than 3,000 families affected. The Maranatha church has some members affected also. They need clothing, and help for food. Their houses are still full of mud and they cannot clean it because the whole city has no water. The fire trucks are going around the city on schedule rationing water. Refilling stations are running short of water supply.

“At OBC, we have the families of our students who are affected. We housed them at the dorm. They lost everything to the flood. They also need clothing, beddings and food. I have a brother who lost his house to the flood, too. The water came into their house at 2:00 a.m. When his wife woke up and stepped on the floor, she found that the water was already knee deep. When she stood up to open the door, water rushed in and carried her up to the wall. Thank God she and my brother were still able to get out of the house and run to the neighbor’s roof. Their neighbor’s house was a two-floor building. Until today, they could not go back and clean their house because there is no water. They were not able to save anything from the house.”

Pastor Reniel has taken his wife Felany and baby Elisha Grant to Claveria and has been advised not to bring the baby back to CDO for at least a week because of the stench and airborne diseases. City water, if available, will not be fit for drinking, cooking and maybe even showering for about a month.

Pastor Benjie Ragas and his aunt Mm Marquino and her family have evacuated the Macanhan church and are staying with a church member, the church being flooded, destroying all their belongings and church equipment. 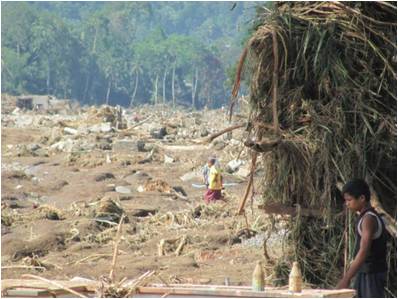 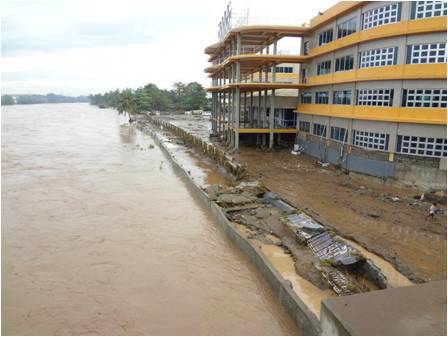 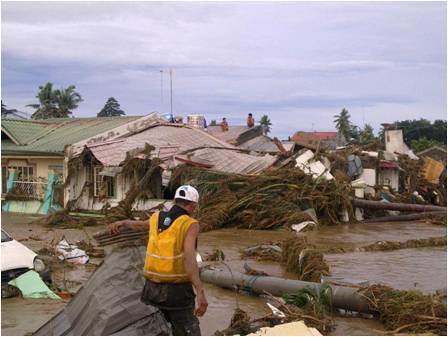 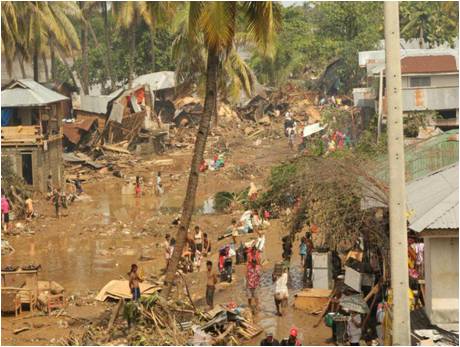 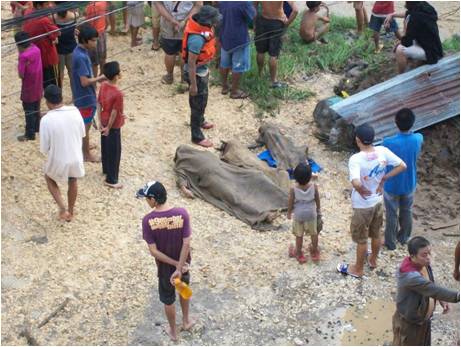 The photos are but a few of the ones I have received which were sent to me by Pastor Reniel. He asked that I did not publish some of the more graphic ones showing those in the funeral parlour and on the street. For those of you who may wish to view more you can open

or the www.nzherald.co.nz and go to Cagayan De Oro.

Other photos are available on other news sites.

Please pray for these, our brothers and sisters in Christ, that even in this time of sadness and anxiety they will know God’s “Peace and Joy” and be a light shining out to those who are suffering and mourning with them.

Thank you for your continued support, financially and in prayer.  May you also know the Peace and Joy of Christ at this Christmas time and in the coming year.

In the Master’s service